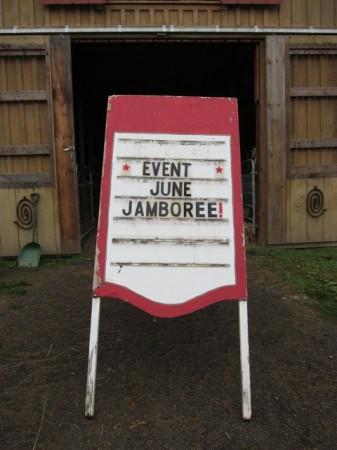 The second day of the June Jamboree dawned even foggier than the first.

The forecast promised afternoon thunderstorms, and the mountains that had been visible behind the Visitor’s Center the day before were completely obscured by clouds. 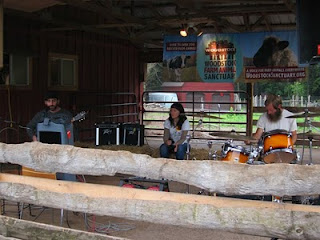 As the day wore on, the sky brightened a bit, and the major storms missed us. In keeping with the mood of the day, a band of several farm regulars provided a beautiful, calming musical background for the festivities.

The second day of the June Jamboree flew by, and suddenly the weekend was over, and it was time to get on the bus and go back home to NYC. 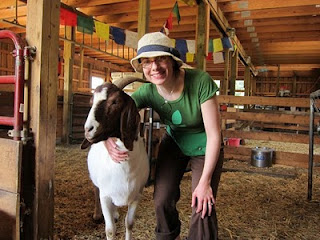 Volunteering at Woodstock Farm Animal Sanctuary was an amazing experience on so many levels. Meeting the animals and seeing first-hand how resilient, trusting, and gentle they are, despite previous—often horrifying—life circumstances, was truly moving. I already miss Boone, the turkey who kept watch over me at the merch table all weekend, and Bug, the wise and gentle elderly cat who spent hours each day napping on my lap. It was also a great privilege to meet Rebecca, who is tireless and kind, and Sophie, Jenny, Doug, Jean, Ashley, and all of the other faces that I finally got to put with the names I’ve heard so many times from Stevie during her years as a volunteer. I feel honored to have been able to contribute in my small way to such a noble cause.